It has been reported that Arsenal boss Arsene Wenger is disappointed over Tim Sherwood’s sacking at Tottenham. 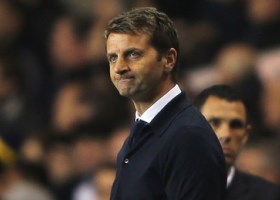 Sherwood became the second Premier League manager to lose his job after the final day of the season on Sunday, following West Brom’s decision to part company with Pepe Mel on Monday.

Wenger said: “Tottenham manager or any other manager it’s always sad when someone loses their job. The worrying thing is the rotation of managers is very good and that is not good.

“I believe technical stability is important for the quality of the game.” Javier Hernandez Linked With A Move To Arsenal