Reports are out claiming that Arsenal boss Arsene Wenger was discussing his France-based transfer targets over the weekend. 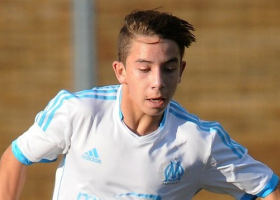 The Daily Mail claims that Arsenal’s chief French scout Gilles Grimandi was believed to be in London over the weekend, updating Wenger and the club’s scouting team about possible summer targets across the Channel.

The likes of Olympique Marseille midfielder Maxime Lopez and PSG youngster Adrien Rabiot will have been discussed.