It has been revealed that Arsenal owner Stan Kroenke wants Arsene Wenger to remain as manager. 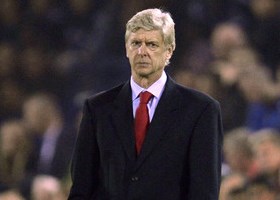 The Frenchman has been at the club for 17 years and with the Gunners’ trophy drought now into its ninth season there has been talk of him stepping aside, especially with his contract due to expire in the summer.

However majority shareholder Kroenke is in no doubt he wants Wenger to stay.

The American told the Daily Telegraph: “There’s no one I feel more strongly about and I think he is doing a great job.

“We have been very supportive, we have never wavered, we are proud of him, proud of the club, the way the club is run and how it holds itself out to the world.”

Asked if the 63-year-old remains part of the club’s long-term plans, Kroenke added: “That’s exactly right. Arsene knows how we feel, what our philosophy is, what we want to do and I feel like we are totally aligned.

“I think he wants to do it the exact same way as we do.”