It has been reported that Arsenal boss Arsene Wenger is determined to make a world class striker signing this summer. 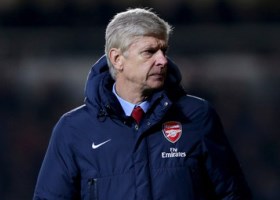 The Daily Mail reported that the Frenchman plans to spend heavily on three world class players this summer as the club look to flex their financial muscle.

Porto striker Martinez is expected to pen new terms in the coming weeks, while Bayern Munich attacker Mandzukic and Atletico Madrid ace Diego Costa are both set to leave their clubs this summer.