Arsenal boss Arsene Wenger has admitted that they need to improve their goalscoring power to be title challengers. 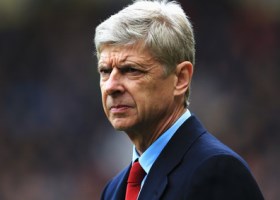 “It looks like they’ll win it,” he said. “It will need a miracle for them not to win. Congratulations to them. It was tight at the top and at the bottom.

“It was a season where City just won it, getting over the line. They won the marathon and they turned up in the last 100 yards. They turned up when it mattered. The turning point was the Everton game they won.

“We have been 128 days top of the league. So we have won the stamina league. But we faded in big games away from home.

“City scored 100 goals. We scored 66 at the moment. That’s where we have room for improvement.”