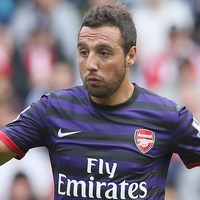 The 27-year-old is again expected to be at the centre of the action when newly-promoted Southampton come to the Emirates Stadium tomorrow looking for their first points on their return to the top flight.

Wenger said: “Cazorla has gained the respect of everybody very quickly.

“Cazorla is humble, he loves the game and that is what you want from every football player.

“They talk on the pitch, don’t need to speak too much, just go on the pitch and show what you can do. That is what he does.

“He loves the game, loves to play with his partners and that is the best way to gain respect from everybody.”