It has been reported that Arsenal boss Arsene Wenger has explained why he agreed to sell Cesc Fabregas back to Barcelona. 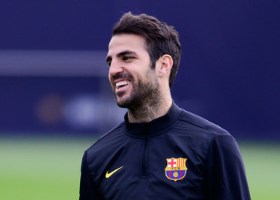 The Frenchman explained in his column for Eurosport : “Fabregas said he was very sad when he left Arsenal, and he is not the only one! I fought with him to keep him but, deep down, I obviously knew. He was raised in Barcelona; his grandfather worked for Barca; he went to all the FCB football classes; they had the best team in the world.

“I surrendered to his will of playing for them, and I think it was completely logical.

“We had a respectful relationship. And, for me, admiration too. He left Barcelona at 16 and came here with his mother. He said, ‘Barcelona won’t trust me, and I’m coming here because I know that you will trust me.’

“The personality he showed back then, sometimes I wonder where he found it. This strength to leave such a club to come and play for us. I have a huge respect for that.”