It has been reported that Arsene Wenger was delighted with Aaron Ramsey’s goalscoring performance in Arsenal’s Champions League win over Fenerbahce. 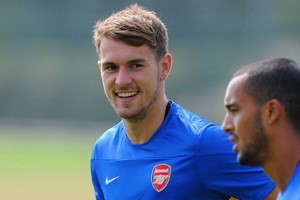 The Wales international showed a striker’s instinct to score in the first half and netted with a half-volley from Kieran Gibbs’ cross in the second.

Wenger said: “I liked especially his second goal. It was a good finish.

“A year ago he would not have taken that chance the way he took it tonight.

“A year ago many people questioned Aaron Ramsey.

“He’s improving from week to week. That’s very positive for us.”