It has been revealed that Arsenal boss Arsene Wenger was delighted to see Olivier Giroud on the scoresheet in victory at Fulham. 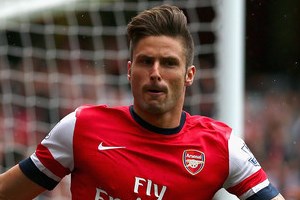 The French international striker has kicked off the season in fine goalscoring form.

“His second season is always better than his first one. You could see as well technically today that he was quite impressive. His physical presence up front is very important and I think he looks like he’s much more confident than last year,” said Wenger.