Arsene Wenger insists that Arsenal came up with a special defensive effort in their 1-0 triumph over Tottenham on Sunday. 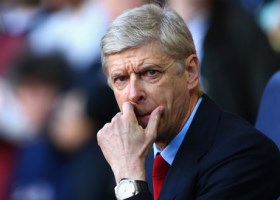 The Gunners produced a much-needed victory to keep their title hopes very much alive.

Tomas Rosicky scored an early goal to give Arsenal the lead in the North London derby before the visitors held onto their advantage until the final whistle which was a very pleasing sign for the French manager.

Wenger told Sky Sports : “We absorbed a lot of pressure from Tottenham today,”.

“We scored an early goal, so we were protecting our lead and we didn’t take advantage enough of our counter-attacks, especially in the first half.

“As long as you don’t score the second goal you are under pressure. Tottenham played well, they had a very good game, and defensively we needed to be special.

“If you look at the clear-cut chances, we had better chances. They had a lot of possession today, a lot of domination. I agree we didn’t have our usual possession, and that’s down to their effort and commitment.

“But, as well, you have to give credit to our defensive quality.”