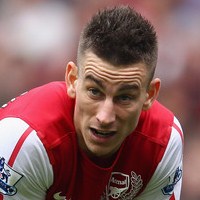 Arsene Wenger was delighted with Laurent Koscielny in victory at Chelsea.

Despite conceding three times, the Arsenal boss rated the 26 year old French international as outstanding at the back.

“I think he was outstanding. He was the one at the back in the first half who looked strong,” said Wenger.

“But I felt in the first half we gave them too much room at the back and in midfield and in the second half we got much tighter. We kept being dangerous going forward but we were less in trouble defensively.”