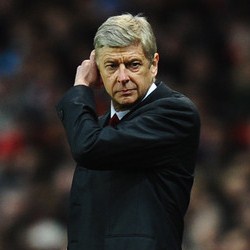 Arsene Wenger will have his squad strengthened by the return of injured players as he looks to end the season with a trophy.

With Mikel Arteta also starting for the first time in a month and left-back Kieran Gibbs close to a return after groin surgery the Frenchman believes his squad will be stronger to tackle the challenges of the Premier League, FA Cup and Champions League.

“Combining the league, FA Cup and Champions League will be difficult so it is important we don’t have more injuries,” he said.

“We now have Sagna back, Gibbs is not far, Arteta is back so overall I hope we can cope with it.”