Arsenal boss Arsene Wenger felt a draw was a fair result as his side rescued a point in their 1-1 result at West Bromwich Albion on Sunday. 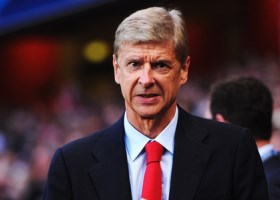 The Gunners fell behind when Claudio Yacob headed home Morgan Amalfitano’s corner in the 42nd minute at The Hawthorns before Jack Wilshere fired home a deflected 20-yard effort not long after the hour-mark.

After the match, the Frenchman believed the draw was the proper result after both sides missed gilt-edged chances to sew up the contest.

“Over the whole game, I think it’s a fair point. Over the last half-an-hour, I have some regrets, because we could feel we had the opportunities to score a second goal,” he told Sky Sports 1.

“We again have shown character to come back into this game and in the second half being a goal down to equalise.”