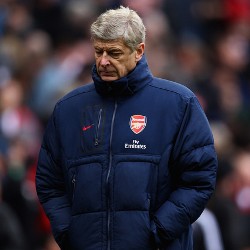 Arsene Wenger has declared that he is not ready to retire anytime soon.

“There are still miles in my legs,” he said ahead of this ­afternoon’s clash with Liverpool at Anfield.

“In life it is like you are going on a mission and it does not cross my mind to finish.”

And there were overtones of the philosophy of his old adversary Sir Alex Ferguson as he spoke. Sir Alex – now 71 – once said: ­“Retirement is for young ­people.”