It has been reported that Arsenal boss Arsene Wenger has dropped a big hint he may’ve already penned new terms. 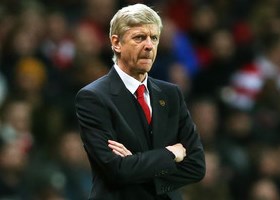 The 64-year-old’s current deal expires at the end of the season, and talks have been going on for some time to tie up the long-term future of the French coach.

The Frenchman said : “There is always a point where you have to decide, of course,”.

When asked if that meant he had already made his decision, Wenger replied: “You can take of that sentence the way you want it.”