Reports are out claiming that Arsenal boss Arsene Wenger has called on fans to stop moaning about a new striker signing. 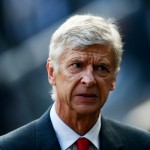 Wenger has told Gooners they cannot expect divine intervention in their eagerness for a striker.

“It is not always expecting someone coming down from heaven to sort out all your problems,” said Wenger.

“Support is believing in the players, in the squad and this is a good opportunity to do that for our supporters.”

He continued: “I have made more than 300 transfers and every time it’s a decision to make. Do you buy the player because he strengthens his squad or not? The solutions we had were not convincing at all.

“In the end you do not buy to give one hope, you want to buy because the players who come in can help your squad to be stronger.

“Buying and selling is one way to strengthen your team but that’s not the only way.”


Andreas Pereira Eager To Prove Himself At Manchester United