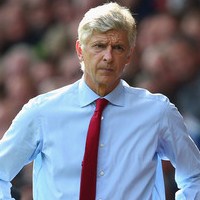 Arsene Wenger believes injured midfielder Jack Wilshere feared that his career could be over after a nightmare 14 months on the sidelines.

The French tactician said : “When you are so young and out for 14 months that is a good test for your mental strength,” said Wenger.

“On that front he has been absolutely brilliant because he had not only ankle surgery, but when he thought that was over he had knee surgery. He handled that very well, I must say.

“I refused to give up, because he is a 19-year-old boy, so I always thought he would.

“I am not medically expert enough to know how big the damage was in his ankle. It never crossed my mind. Has it crossed his mind? Only he can answer that – I think, yes.

“Jack, though, has always been with a good level of confidence. I believe what he has gone through will make him even stronger.”