Arsenal boss Arsene Wenger has revealed that he is in no hurry to enter new contract talks. 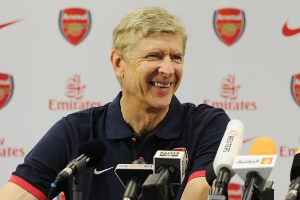 However the Frenchman said: “We are not in hurry. We are in September – my contract expires in June.

“There’s a long way to go. There are no new talks planned. at the end I will decide how well I’ve done for this club. You judge a manager on how ell he does with the team.”