Arsenal boss Arsene Wenger has declared that any of the top four would’ve been deserved champions. 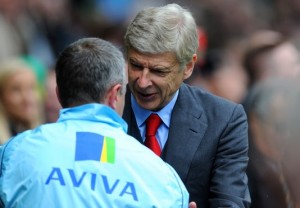 The Gunners were top of the table for some 128 days over the course of the season.

“Unfortunately it’s the first time in the Premier League that you finish fourth with 79 points and it was very tight.