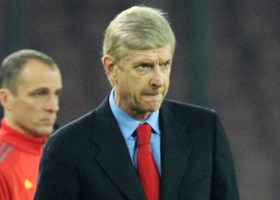 The Gunners were paired with the highly-rated holders when the draw for the last 16 of the Champions League was made on Monday.

The Frenchman told Arsenal.com : “It is the same draw as last year and we have a good challenge,”.

“We have to be one goal better this time instead of being one goal worse and I believe it’s an interesting challenge because we have an opportunity to show we have learned from it. We have all to win and nothing to lose. We can show that we have moved forward since last season.”