It has been reported that Arsenal boss Arsene Wenger insists he takes the FA Cup seriously. 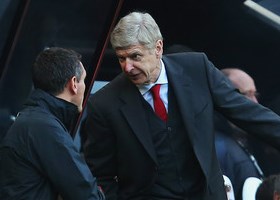 The Gunners face Tottenham today in the pick of the Third Round.

The Frenchman rejected Aston Villa manager Paul Lambert’s claim that the majority of Premier League managers view the FA Cup as a distraction and insisted that he would play his strongest possible team because “we have not won trophies for a long time, it’s an opportunity that we want to take”.

He added: “We can give absolutely everything in this game. I had the luck to win four FA Cups and I’m keen for us to win it again.

“The FA Cup has a special meaning for everyone, it is a big competition and everyone wants to win it.”

Abou Diaby Desperate To Play For Arsenal Before Season Ends