Reports are out claiming that Arsenal boss Arsene Wenger insists Carl Jenkinson is still in his long-term plans. 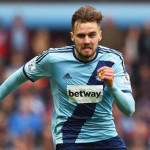 “But we do not want to lose Carl Jenkinson – and that is why I extended his contract. But I don’t want four right-backs so this is a good compromise.”