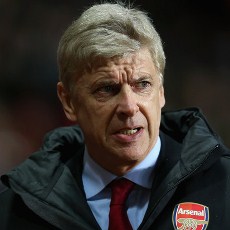 The Gunners struck inside the opening minute through Theo Walcott before David Moyes’ Toffees increased their output and managed to grab a 28th minute equalizer through Marouane Fellaini.

Wenger felt that both Arsenal and Everton players were completely committed throughout the 90 minutes and praised his team for battling it out until the end.

“You have to give credit to both teams who gave absolutely everything,” said Wenger.

“It was tense, uncertain and with total commitment on both sides.

“I hope we will recover in time for Saturday as we have now had three very physical games.

“My players have given a lot; it was a fair point for both sides. I’m happy with the commitment and desire, overall it is encouraging.”

The draw saw Arsenal drop to seventh on the table after North London rivals Tottenham beat Liverpool 2-1 as they now prepare for the weekend’s home clash with Swansea City.