Arsenal boss Arsene Wenger insists that Mesut Ozil is not yet firing on all cylinders. 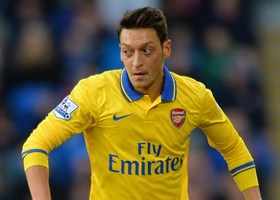 For victory over Cardiff City, the former Real Madrid star created the first goal on Saturday with a fine cross from the left and the second with a ball through a tight space from the right.

The German international now has six assists, the most in the Premier League, and Wenger says his £42million man is not even operating at full fitness.

“He is 90 per cent there physically,” Wenger said.

“He still has to gain a little bit physically. You could see every time he has the ball, something can happen.”