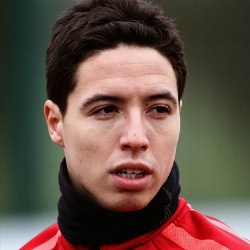 Arsene Wenger has declared that he is not under pressure to sell midfield playmaker Samir Nasri.

While Wenger accepts there was little he could do to keep Cesc Fabregas from Barcelona, the Arsenal boss believes the situation with contract rebel Nasri, who could leave on a free transfer next summer, is completely different.

Wenger said : “The two things are not linked in my spirit,”.

“Ideally I want Samir Nasri to stay, but as much as we were in a strong position on the contract side with Cesc, the situation is a bit different.

“Hopefully we can sort the situation out.”