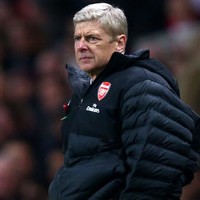 The Frenchman said : “It is bad for us. I would prefer that the team stays here and prepares our next game,”.

“There is a risk with the players who have played our [last] three games – they play another one [in midweek], and another one [against Spurs], and after that they play against Montpellier [in the Champions League].

“At the moment we cannot rotate too much, so it is not ideal, but we have to deal with that.”

Wenger continued: “We have no time to train on it, because the players go away and anyway, when you play every three days you cannot practice too much.

“However, it is like that for all the teams. I have played Champions League for 15 years now and we have to do that every year for periods.

“As long as you play in the League Cup as well, you never have a complete week to prepare the next game – but it is part of being at Arsenal.”