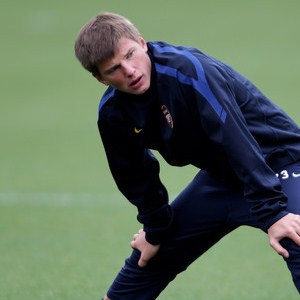 Reports have emerged that Arsenal boss Arsene Wenger is keen to secure Russian international Andrey Arshavin to a new contract.

It is believed that the French tactician is keen to tie Arshavin to a longer deal at the Emirates, even though he still has over two years to run on his current one.

Wenger said: “He has a long future at the club — as long as his contract lasts at least, or until we extend his contract, and that is for I think 18 months.

“We are always in negotiations now because when you sign a player for four years, after two years you have to renegotiate so we keep it as quiet as possible.” Jack Wilshere To Make Arsenal Return Ahead Of Schedule