Reports have emerged claiming that Robin van Persie is exploring the prospect of leaving Manchester United at the end of the season. 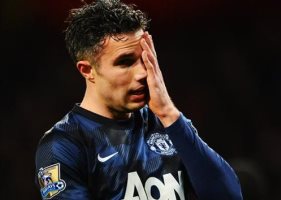 The Mirror revaled that reports have emerged at various points of the season concerning van Persie’s supposed disillusionment with Moyes’ training regimes – while the ex-Everton boss has also admitted to gambling with the Dutchman’s fitness.

There have recently been rumours that Van Persie could make a shock return to his former club in the summer.

And according to reports from Sky Italia, the Netherlands’ all-time record goalscorer may well be in line for a north London return – with Gunners boss Arsene Wenger said to have met with Van Persie’s representatives in London last month.

It has been made clear to the Frenchman that Van Persie – who he first signed for £3million from Dutch club Feyenoord in 2004 – wants to leave United.