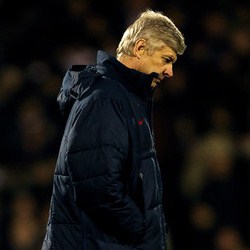 Reports have emerged that Arsenal boss Arsene Wenger is coming under increasing pressure.

According to The Daily Mail a group of Gunners shareholders refused to give their unequivocal backing to the Frenchman.

The Arsenal Supporters Trust issued a statement saying: “There has been lots of debate about the position of Arsene Wenger recently and the AST is often asked to give media comment, which we decline.

“Any discussion and opinions should be given at the end of the season when matters can be viewed with greater clarity.”