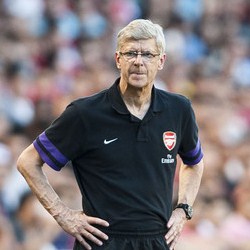 Arsene Wenger has attacked the mega spending of Manchester City and Chelsea.

The Arsenal boss insists his club are still not in the same League financially as their two Premier League rivals despite massive earnings from matchday income at the Emirates.

The Frenchman said: “We consider ourselves in a privileged position because we have a massive income.

“Look at the activity on the transfer market since the start of the summer.

“PSG are ambitious and they have resources and that’s it. We talk always about the same things.

“I don’t think anything is new in that domain. Europe at the moment is like the Titanic but we live in football like nothing matters.

“More than ever we have to run our club in a strict way because it looks like everybody suffers in Europe.

“I would be surprised if football is not touched by it at some stage. If you look at debt in football across Europe at the moment it is quite massive and we have to be responsible.

“We have to be ambitious but also make sure we are not getting in trouble financially.

“It is difficult for us because the wages in some other clubs are very high.

“But of course our players quite rightly compare themselves to the players of the other clubs.”