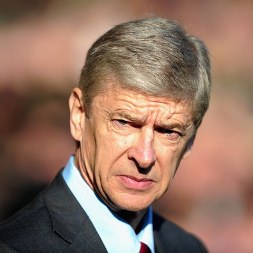 Arsene Wenger views Manchester United’s failure to reach the knockout stages of the Champions League as “an accident”.

The reigning Premier League champions lost 2-1 in Basle on Wednesday night, which meant they failed to emerge from the group stage of the Champions League for the first time since 2005.

Wenger feels given United’s European pedigree, this season’s exit is a blip as they must focus on their battle for Barclays Premier League supremacy with rivals Manchester City, who will also be in the Europa League. He said: “When you go out of the Champions League it is of course a big disappointment, but every team responds in a different way.”

He added: “You want to play in the Champions League but the risk is that you have to go out at some stage. You have to deal with the disappointment, that’s part of being a big club.

“Let’s not forget that Manchester United have played in three finals out of the last four, so for them we have to consider it [their exit] as an accident.”

Like Arsenal, Chelsea are in the last 16, winning their group after a 3-0 victory over Valencia.

No London club has won the European Cup, although both the Gunners and the Blues have reached the final.

Wenger added: “We were close [to winning the trophy], Chelsea were close too – the two teams were very, very close.

“You face competition from all over Europe with some massive clubs. But maybe this is London’s season, you never know.”