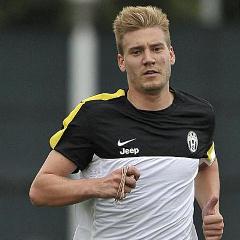 Arsenal boss Arsene Wenger allowed striker Nicklas Bendtner to leave for Juventus on loan rather than sit on the bench.

Despite the Denmark international insisting he had no future with the Gunners, having spent last season at Sunderland, Wenger can see the day when the 24-year-old features for the Gunners again.

“It is not for nothing that I loaned him to Juventus. He is a talented player. There he will grow and then return to my team,’ Wenger told Italian sports newspaper Tuttosport.

“I am convinced that at a team like Juventus, in a very difficult league, especially for strikers, he can make the final leap in quality.

“The talent is not missing; otherwise I would not have bought him from Copenhagen when he was just 16 years old.”

Wenger continued: “We believe in him and that is why we only gave him to Juventus on loan.

“We have not sold him, only loaned him, and next year we will bring him home.

“I think he can resolve his problems with us and prove himself.”