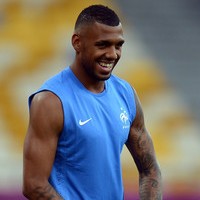 Reports are out claiming that Arsene Wenger has gone cold on Rennes midfielder Yann M’Vila.

It is said that the Arsenal boss has concerns over M’Vila’s off the pitch behaviour.

The London Evening Standard says having previously been arrested for slapping a 17-year-old acquaintance during a row outside his house, Rennes have forced the midfielder to train with the youth team.

Last night, France were without M’Vila against Italy after he was suspended until after the 2014 World Cup for breaking a curfew when he visited a Parisian nightclub after the first leg of last month’s Under-21 Euro 2013 play-off against Norway (they won 1-0 but lost the return 5-3 and failed to qualify).