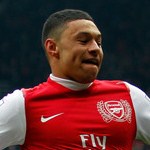 Arsene Wenger believes that it is far too early to be talking about Alex Oxlade-Chamberlain missing out on an England selection.

The highly-rated 18-year old midfielder was left out of Stuart Pearce’s Three Lions squad for next week’s Wembley friendly with Holland but after just six appearances in the Premier League, Wenger says it is not even an issue.

“I believe for any player he must play 100 games and then you talk about him,” said Wenger.

“When a player has five or six games in the Premier League every time you have ups and downs.

“He learns his job at the moment. I am a strong believer in Oxlade-Chamberlain and I spent quite good money for him, but he needs time.

“You are not ready from one day to the next at the top, top level.” Being Top Where Arsenal Want To Be – Alex Oxlade-Chamberlain