It has been reported that Arsenal boss Arsene Wenger was quick to dismiss rumours linking him with the Monaco job. 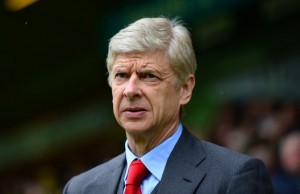 Reports suggested that the Frenchman would be the man to replace to Claudio Ranieri this summer but the Gunners boss had no intentions of leaving the Emirates Stadium for the Stade Louis II.

“I wish Monaco well, but there is no interest there,” he told the BBC after Arsenal beat Norwich City 2-0 on Sunday.

Wenger has been with the north London club since 1996 but is expected to sign a new contract with the Gunners over the summer.