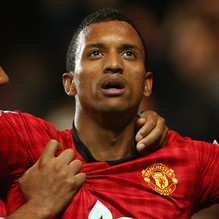 Reports are out claiming that Arsene Wenger is pulling back from a spending spree in January.

It is said that Arsenal have given Wenger £30million to spend and Newcastle striker Demba Ba and Manchester United winger Nani are in his sights.

Dutch hitman Klaas-Jan Huntelaar was also a target but he has signed a new contract with Schalke in Germany.

However the Frenchman said: “We are in the market but only if we find players who will really strengthen us because we have a good squad. But if we find an exceptional player then we will take him.

“And, with the way things are now, I won’t turn my nose up at that.” Rooney Hopes Ronaldo Doesn’t Make It To The World Cup