It has been reported that Arsenal boss Arsene Wenger has plans for his own book in the future. 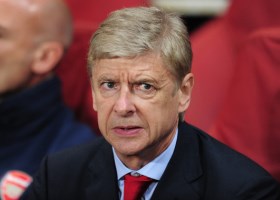 The Fremchman is highlighted with Sir Alex Ferguson’s controversial autobiography, which was released this week.

He has often deflected questions alluding to the possibility he may write his own memoirs upon retiring but he insisted today: “I say no [to writing a book] at the moment. Maybe one day I will be inspired to do that but at the moment I do not. I do not say never.

“The past is history and history has to be written. In France we say it is not only important to make history, but also to write the history. It is good.

“It is a legacy of his career. I think that is important, especially in England where he was a manager at Manchester United for 27 years.”