Arsene Wenger has revealed that he has no need for Newcastle United midfielder Yohan Cabaye. 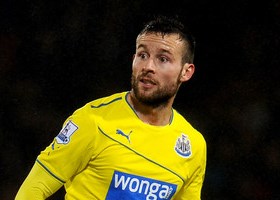 Arsenal were interested in the France international in the summer which turned the head of the former Lille star and it is expected that the north London club return in January with a fresh bid.

However, the Gunners boss made it clear that he does not require any more midfield players after managing to beat the Magpies 1-0 on Sunday without Mesut Ozil and Aaron Ramsey.

“We don’t look for midfielders because today, we had no Ozil, no Ramsey, who stayed at home, and we had still three good midfielders (Jack Wilshere, Mathieu Flamini and Santi Cazorla) and had still (Mikel) Arteta on the bench, so there is no real need in there,” he said.