It has been reported that Arsenal boss Arsene Wenger maintains maximising the potential of a team is always the best way to judge a manager. 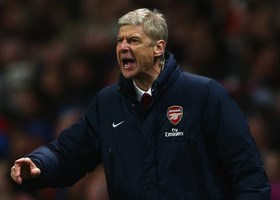 The French tactician has been impressed by the “exceptional work” of Steve Bruce as well as Tony Pulis at Crystal Palace, who has been touted as a candidate for League Managers’ Association Manager of the Season after guiding the Eagles to top-flight safety from what had looked certain relegation.

“I believe the real job of a manager is to take the best out of the potential of the team,” said Wenger.

“The easy way is always to choose the guy who wins the (Premier) League (as manager of the season), but it is not always him who has done the best job – the real job is to take the best out of the potential of the team and certainly they (Bruce and Pulis) are candidates.”