It has been reported that Arsenal boss Arsene Wenger does not expect to do early transfer business this summer.

It is said that the Frenchman is predicting a quiet opening to the transfer market. 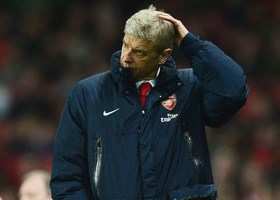 “Honestly, in my experience in a World Cup year, it [business] has never been done early,” he said.

“Everybody is focused on the World Cup. At the moment you can do nothing because the season is not over. We are today, the 8th of May. The 12th of June is the first World Cup game.