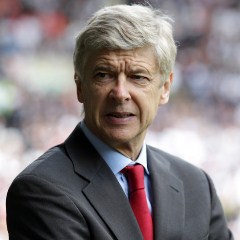 Arsene Wenger has admitted that finishing third this season for a 15th consecutive season in the Champions League ranks as one of the most satisfying seasons ever.

It is a remarkable achievement in itself considering the Gunners slumped down the table after losing four from the opening seven league games.

Despite the disappointments of failing to deliver a trophy once again, the Arsenal boss never lost faith in his players.

“I maybe take the biggest ever [satisfaction] because at some stage of the season everybody would have said you were absolutely mad,” the Frenchman told Arsenal Player.

“We still kept our focus and worked hard together. It is down to remarkable character and I am very proud of the achievement of the team.” Arsenal’s Jack Jebb Back On Loan With Stevenage