It has been reported that Arsenal boss Arsene Wenger is determined to land Bayer Leverkusen midfielder Lars Bender this summer. 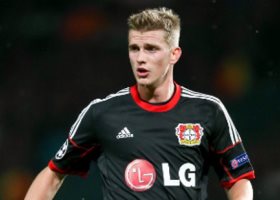 Arsene Wenger and his backroom team have been hugely impressed with the German international for over a year and see him as the ideal physical presence to allow their attacking midfielders to perform.

The Gunners failed with a bid of around £19million for Bender last summer but Wenger is refusing to give up on bringing the talented 24-year-old to the Emirates, says the Daily Mail.

The French tactician views Bender as a box-to-box player, equally capable of doing the dirty work in midfield and playing Arsenal’s trademark style of football. Per Mertesacker Insists Arsenal Not Thinking About Premier League Title