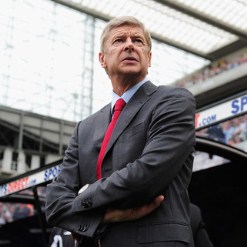 Reports are out claiming that Arsenal boss Arsene Wenger will attempt to find replacements for want-away pair Samir Nasri and Cesc Fabregas.

Wenger is also still searching for a midfield replacement for Fabregas, having ruled out Valencia’s Juan Mata, but is said to be adamant he will not pay over the odds for players even though the £55m raised by the Fabregas and Nasri sales will be put at his disposal.

Fabregas flies to Barcelona on Monday to complete his £35million move, while Samir Nasri is to be sold to Manchester City for £20m.