It has been reported that Arsenal boss Arsene Wenger won’t give up on the title. 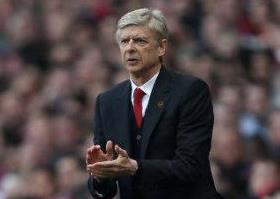 After their draw at Manchester City, Arsenal remain in fourth place, five points behind Chelsea.

Wenger said: “Chelsea lost today at Crystal Palace, so that means all of us have to be careful and consistent.

“It just shows that we have absolutely to fight until the end of the season because everybody can beat everybody.

“Mathematically we are still in there, but it is not in our hands.

“We have to look above us and behind us as well, because behind us they are coming as well.”