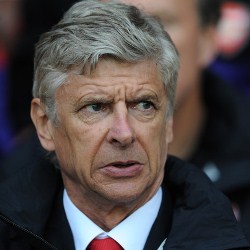 Arsene Wenger has admitted that he is ‘bitter’ over selling Robin van Persie to Manchester United.

The Arsenal boss said: “It’s another pill to swallow. We’ve swallowed other ones and always survived.

“But Robin scored 30 goals for us in the Premier League last season, practically one every match.

“I would have preferred to have sold him overseas, to PSG for example, rather than Manchester United.

“He’s an exceptional player in the pure sense of the term.

“I haven’t seen many in my life who have that quality in the first touch, are so technically gifted and have that intelligence of movement in the final 20 metres.

“Unfortunately, there’s an economic reality and the desire of the player. There’s no other way but to let him go.

“To lose a player of Robin’s ilk is tough but there is a gap to fill. It now comes down to whoever wants to seize their chance.” Arsenal, Chelsea To Do Battle For Barcelona Winger Pedro