Arsene Wenger has revealed that he is fully committed to Arsenal, despite his new contract remaining unsigned. 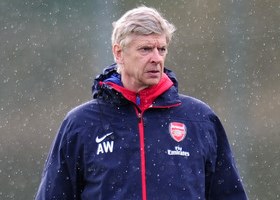 The 64 year old Frenchman dismissed reports in Spain claiming that he is set to leave Arsenal for Barcelona at the end of the season.

“My commitment is here and nowhere else,” said Wenger ahead of Arsenal’s north London derby against Tottenham.