It has been reported that Arsenal boss Arsene Wenger was satisfied with victory at Crystal Palace. 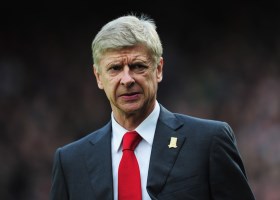 Mikel Arteta and Olivier Giroud struck for the 2-0 win.

It is said that the Frenchman was pleased with the way his team closed out the match for a crucial victory following on from the disappointment of a midweek defeat at home in the Champions League to Borussia Dortmund.

“It was not a game of brilliance, but it was a game of efficiency and patience,” he said.

“The pitch was a bit slow, maybe we were not the sharpest as well and the two together made us create less chances than we are used to, but we were serious and determined.”

Wenger, though, is refusing to read too much into his side’s solid start to the season.

“We are ambitious and want to do as well as we can. you can see that these players are focused,” he said. “Even when the legs go a little bit, they keep their legs and that is always a sign of ambition in the team.

“We want to win with style but unfortunately it is not always possible.”