Reports are out claiming that Arsenal are ready to open new contract talks with manager Arsene Wenger. 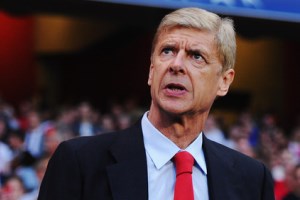 The Sunday Mirror revealed that having smashed the club’s transfer record to sign Mesut Ozil for £42.4m last week, Arsenal’s priority is to now secure the future of Wenger.

The 63 year old Frenchman’s contract expires at the end of this season and talks over a new contract were shelved while the Ozil signing was secured.

Arsenal fan groups had released statements calling for Wenger’s contract to be put on the back burner after the opening-day defeat against Aston Villa.

But owner Stan Kroenke and chief executive Ivan Gazidis have taken the Ozil signing as further proof that Wenger deserves a new deal. I’m An Arsenal Player And It Won’t Change! – Lukas Podolski