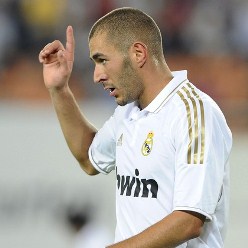 It has been revealed that Arsenal boss Arsene Wenger is expected to use the cash raised from Cesc Fabregas and Samir Nasri to bring in new attacking signings.

Club captain Cesc Fabregas is set to join Barcelona for £35 million, while Samir Nasri will go to Manchester City for £22 million.

The Guardian has reported that the sudden influx of transfer monies will enable Wenger to pursue his own attacking targets – there is interest in the Valencia winger Juan Mata and Real Madrid’s Karim Benzema – though the Arsenal manager does envisage the teenage Japanese midfielder Ryo Miyaichi playing a significant role in the first-team in the season ahead.

The 18-year-old arrived at the club in January but spent six months on loan at Feyenoord while awaiting the relevant clearance to feature in the United Kingdom.