It has been reported that Arsene Wenger has been rocked by the backlash from Arsenal fans over their recent form slide. 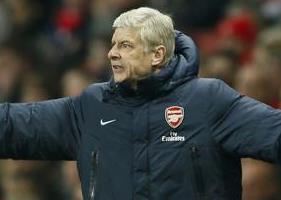 A disappointing 2-2 draw with Swansea City followed the 6-0 trouncing at Chelsea.

The Daily Express revealed that sources close to the Frenchman say that, for the first time, he has been affected by the backlash.

A Gunners source revealed: “Arsene has been affected by the criticism.

“Previously it was all water off a duck’s back to him because he was so sure of what he wanted and so sure of the course he was on.

“But he has been really shaken by this, for the first time.”

Marouane Chamakh Ready To Prove Himself Against Arsenal